With football as we know it missing from our Saturday’s we have decided to have a look back at some photos from previous seasons.

We start with this gallery of fairly average to poor photos from our November 2014 game against Arbroath Vics.

The game finished a 3 1 win for Newburgh. How many of these players do you remember from their time playing at East Shore Park? 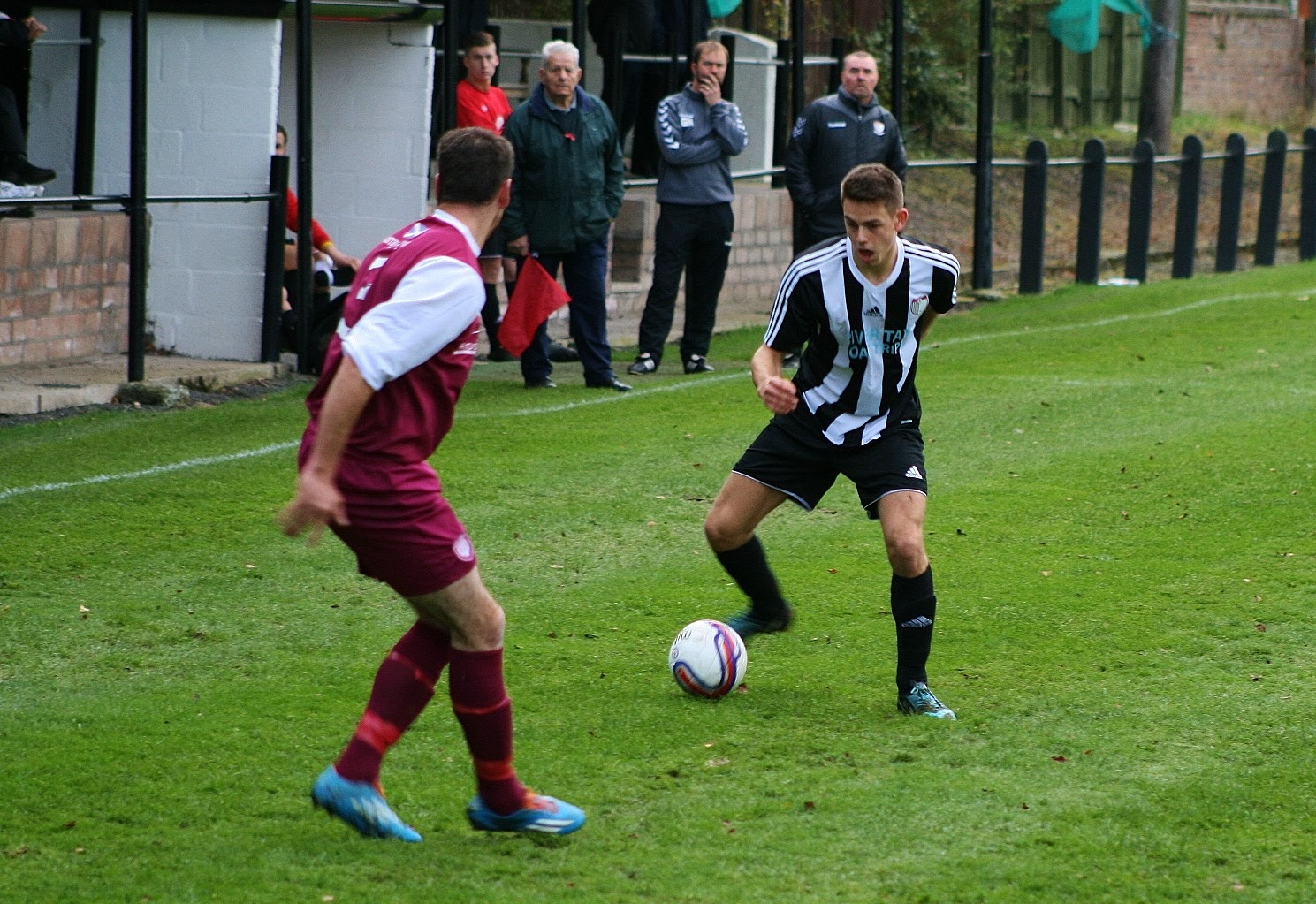 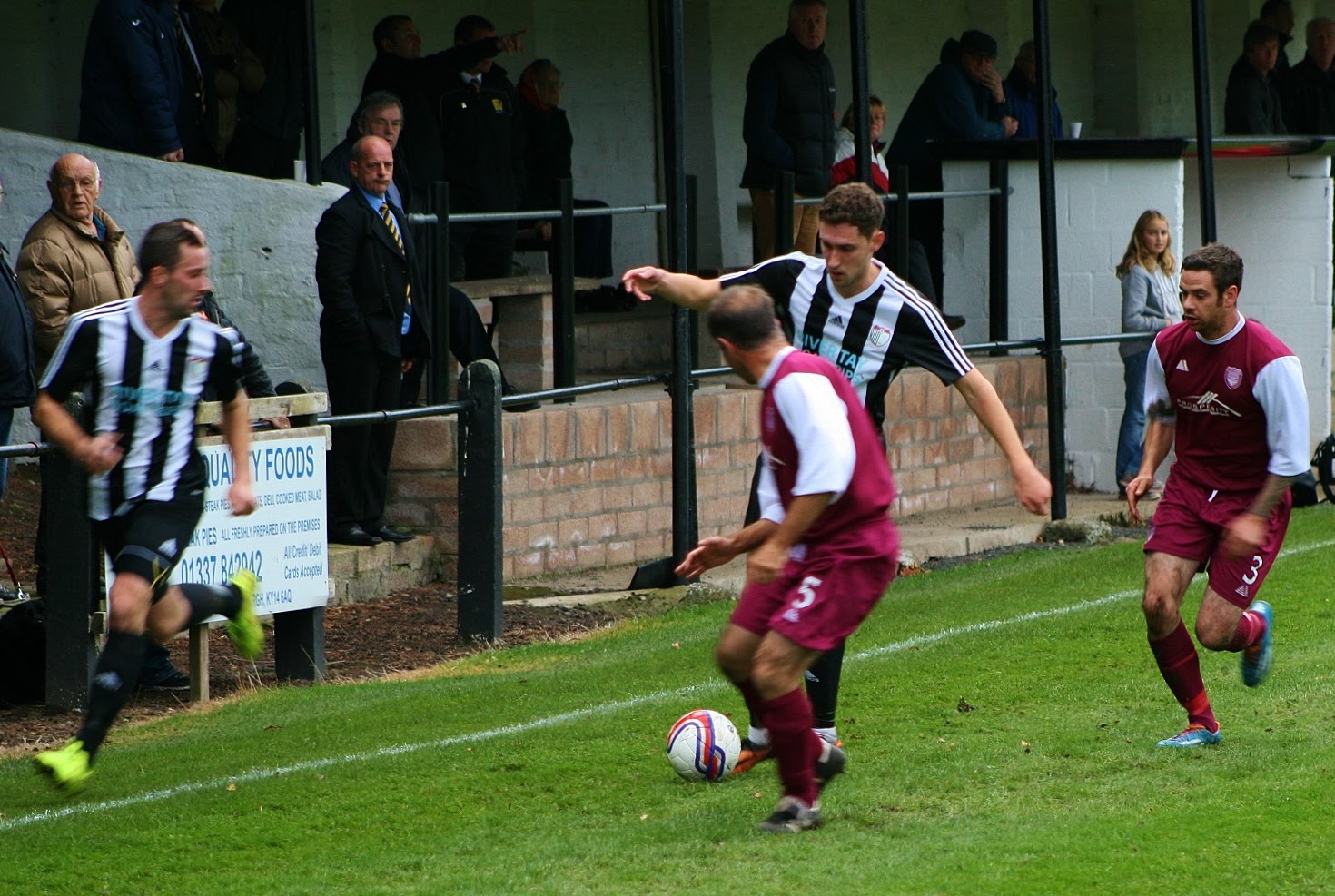 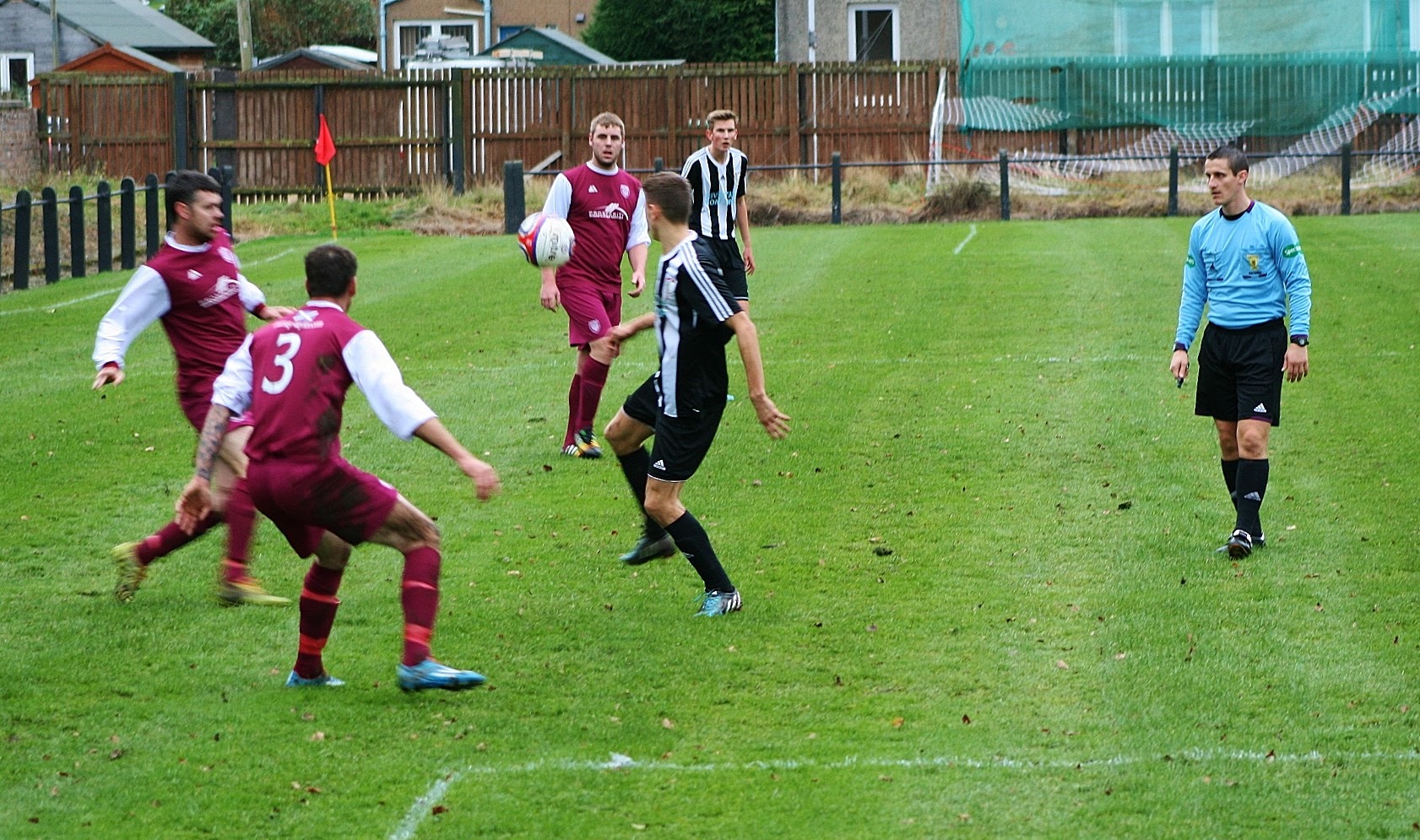 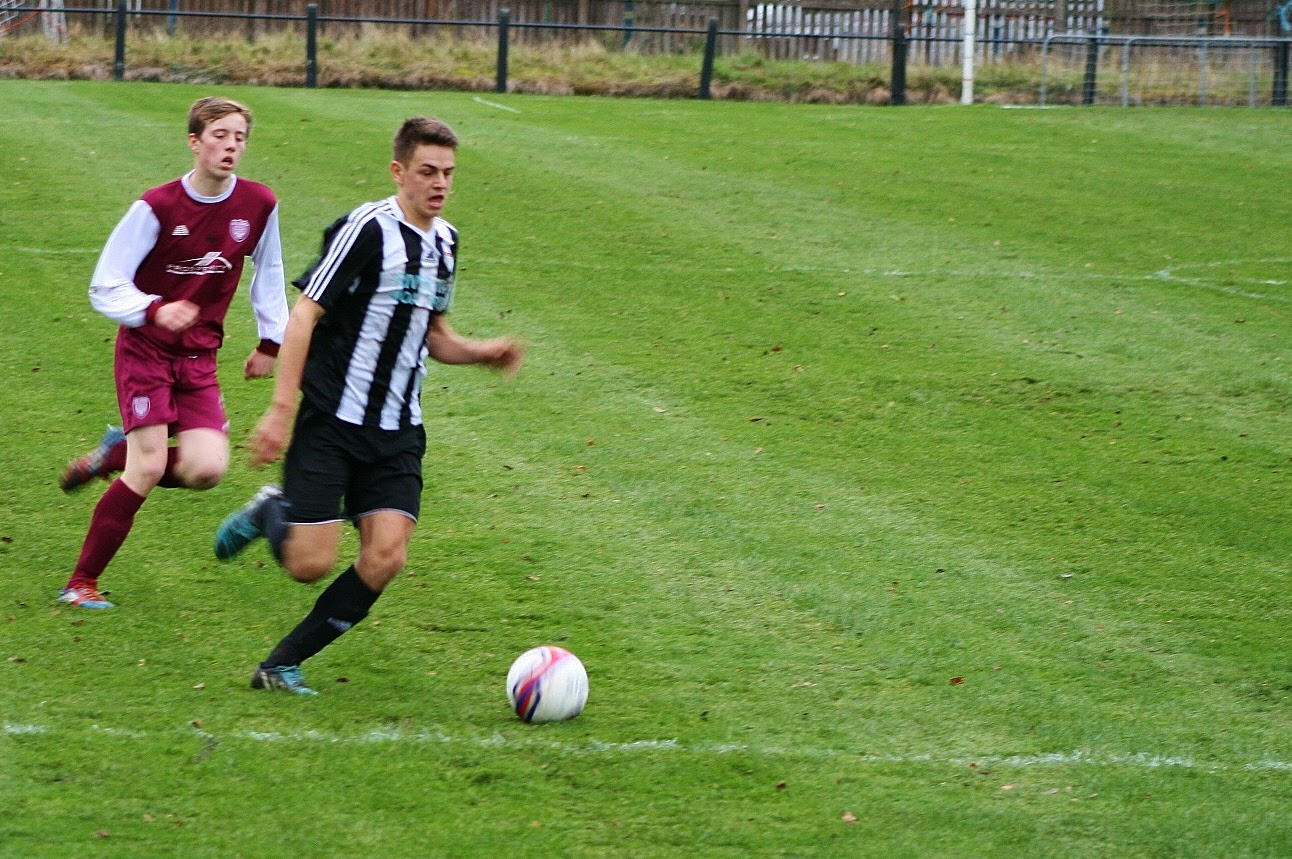 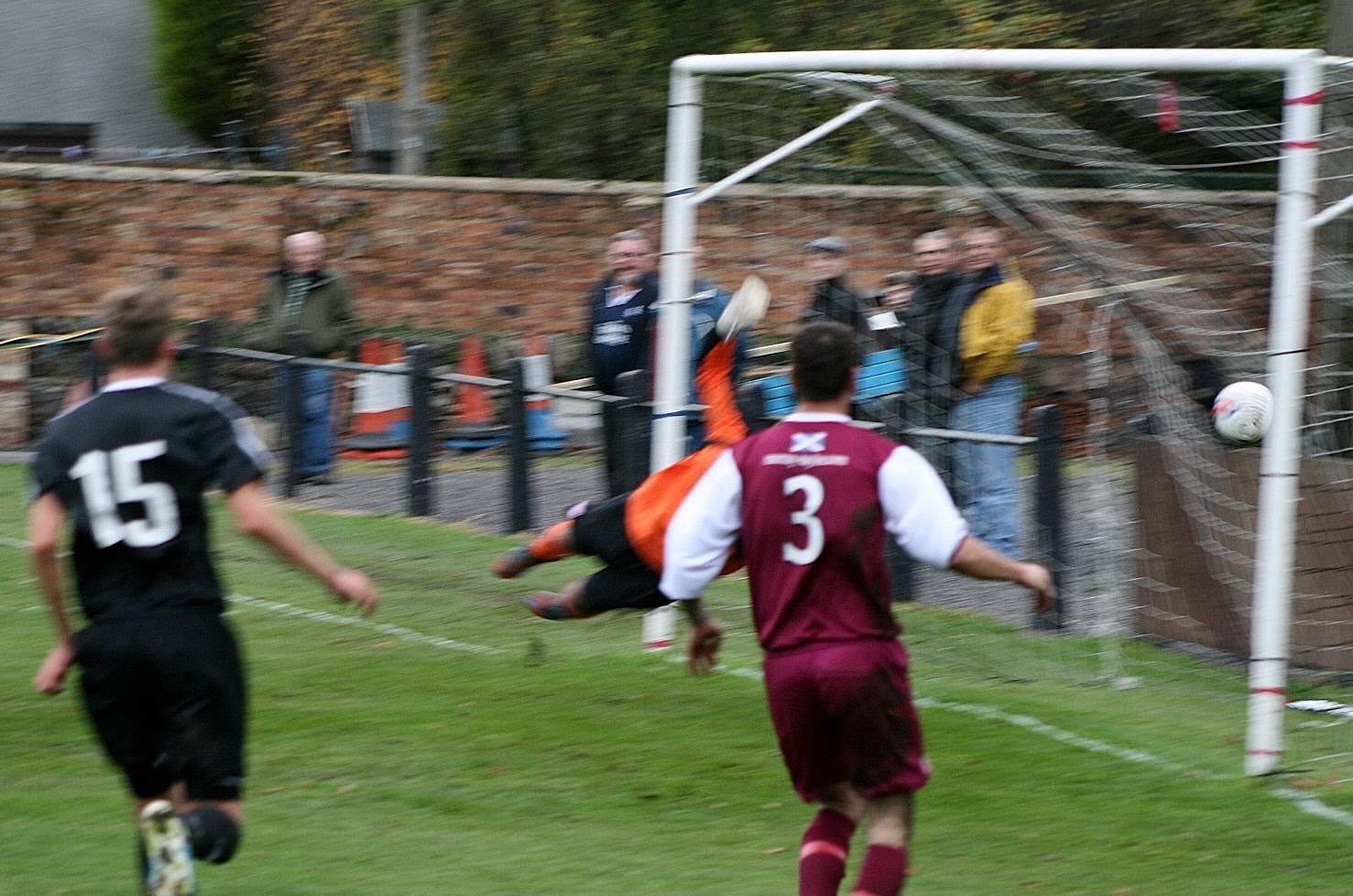 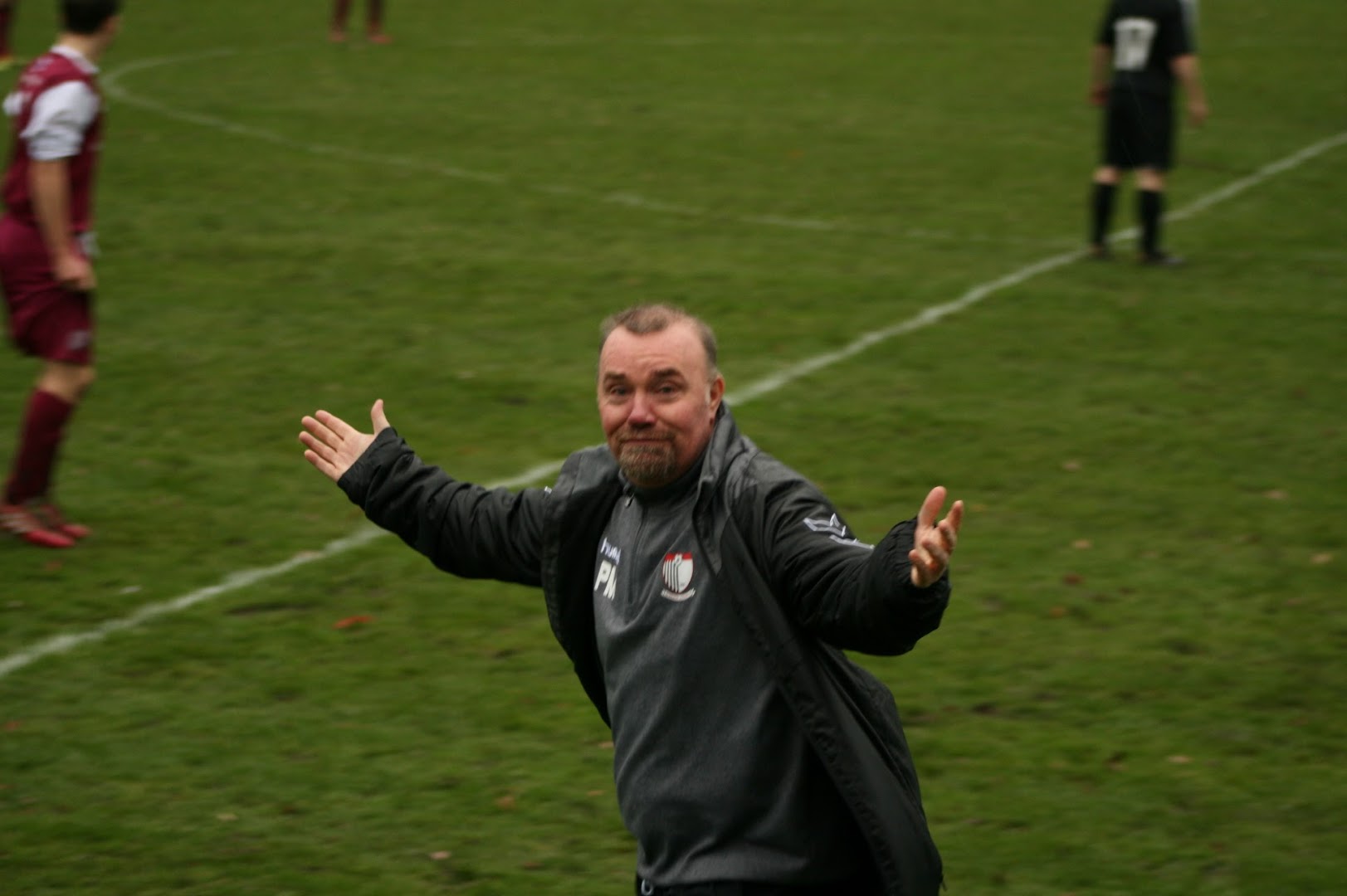 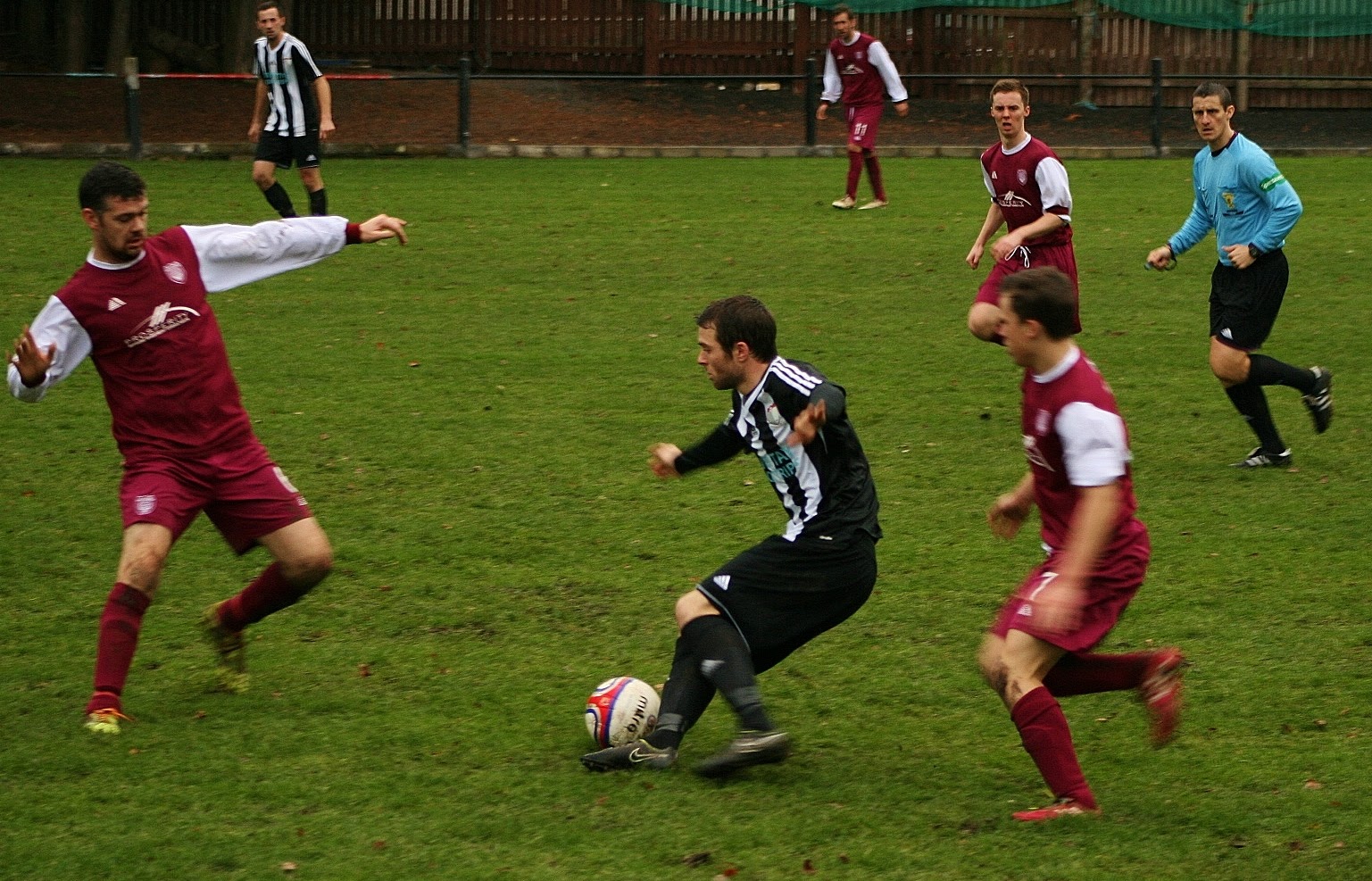 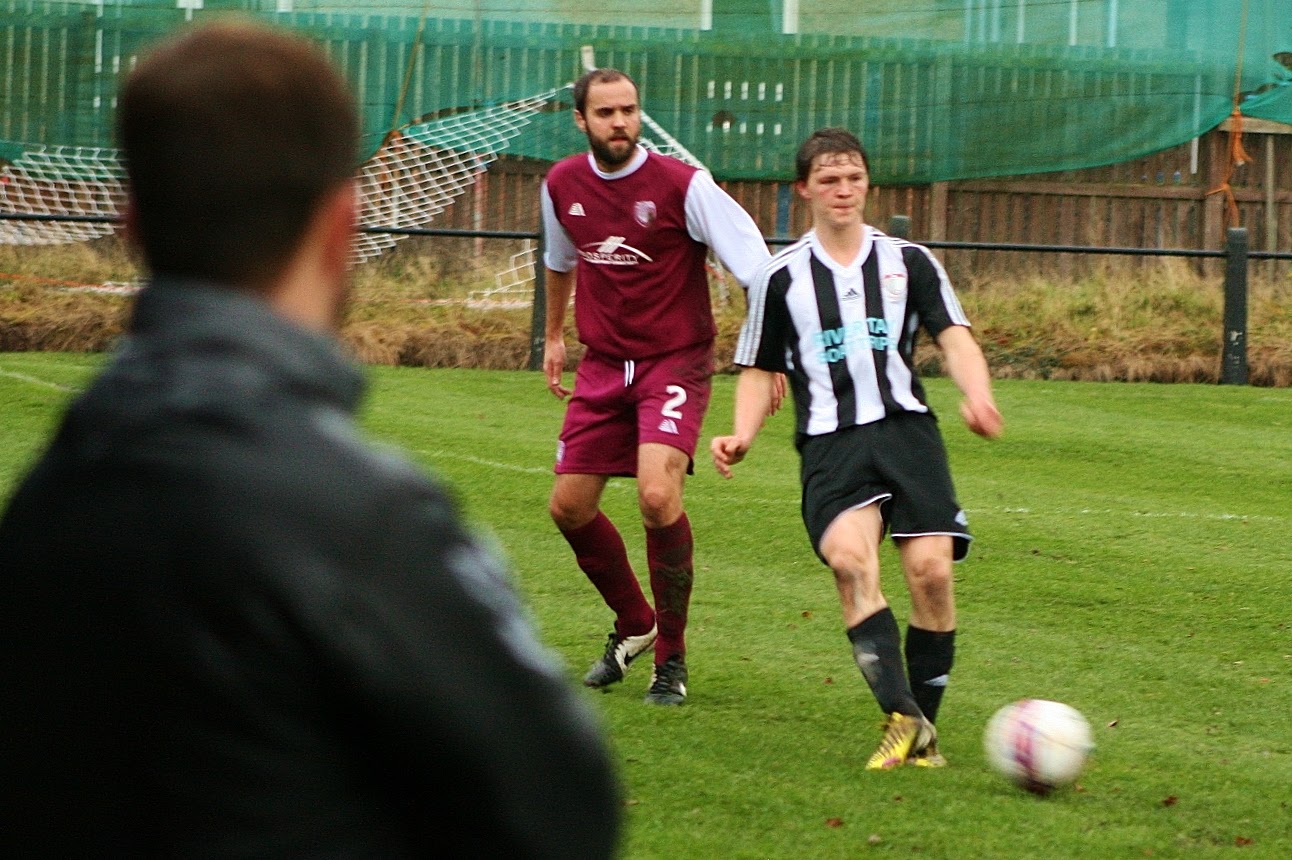 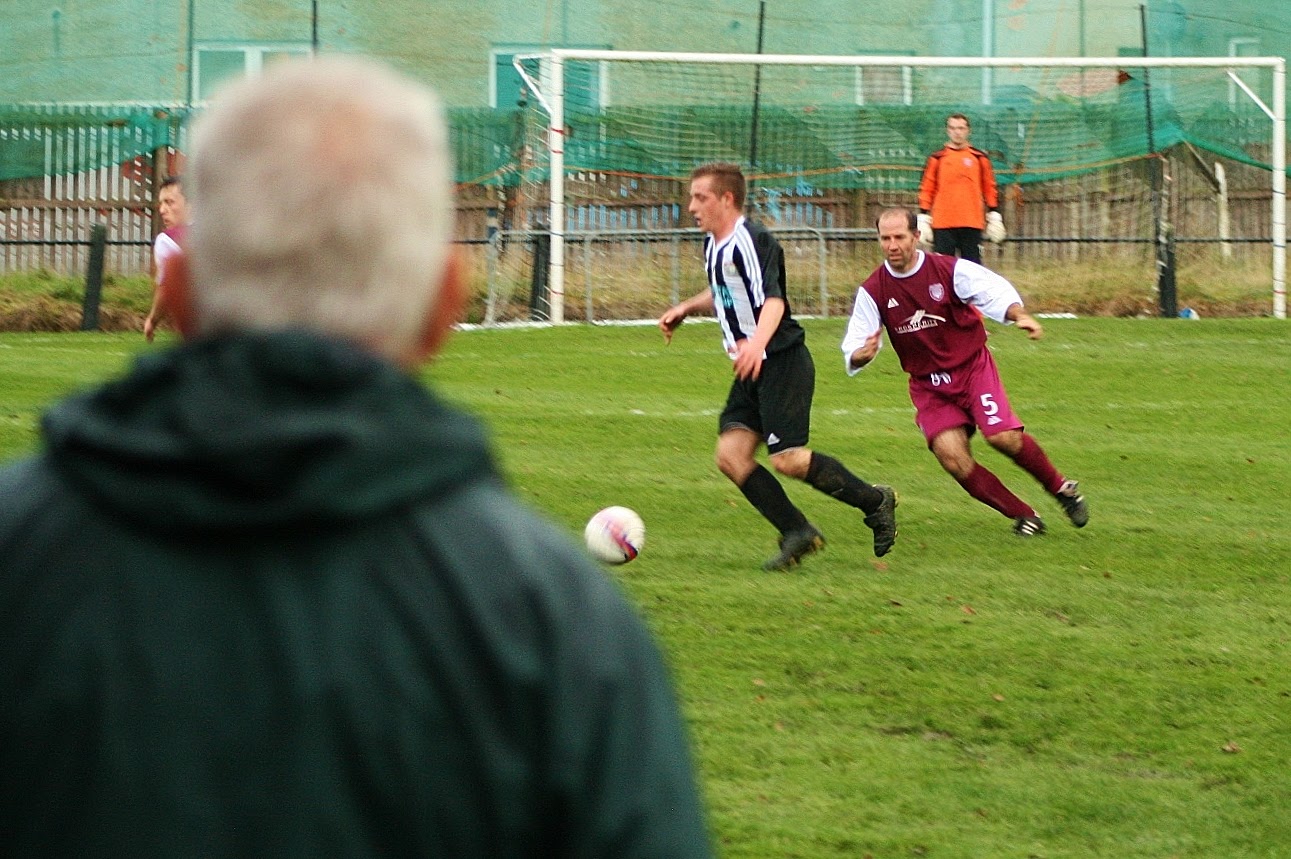 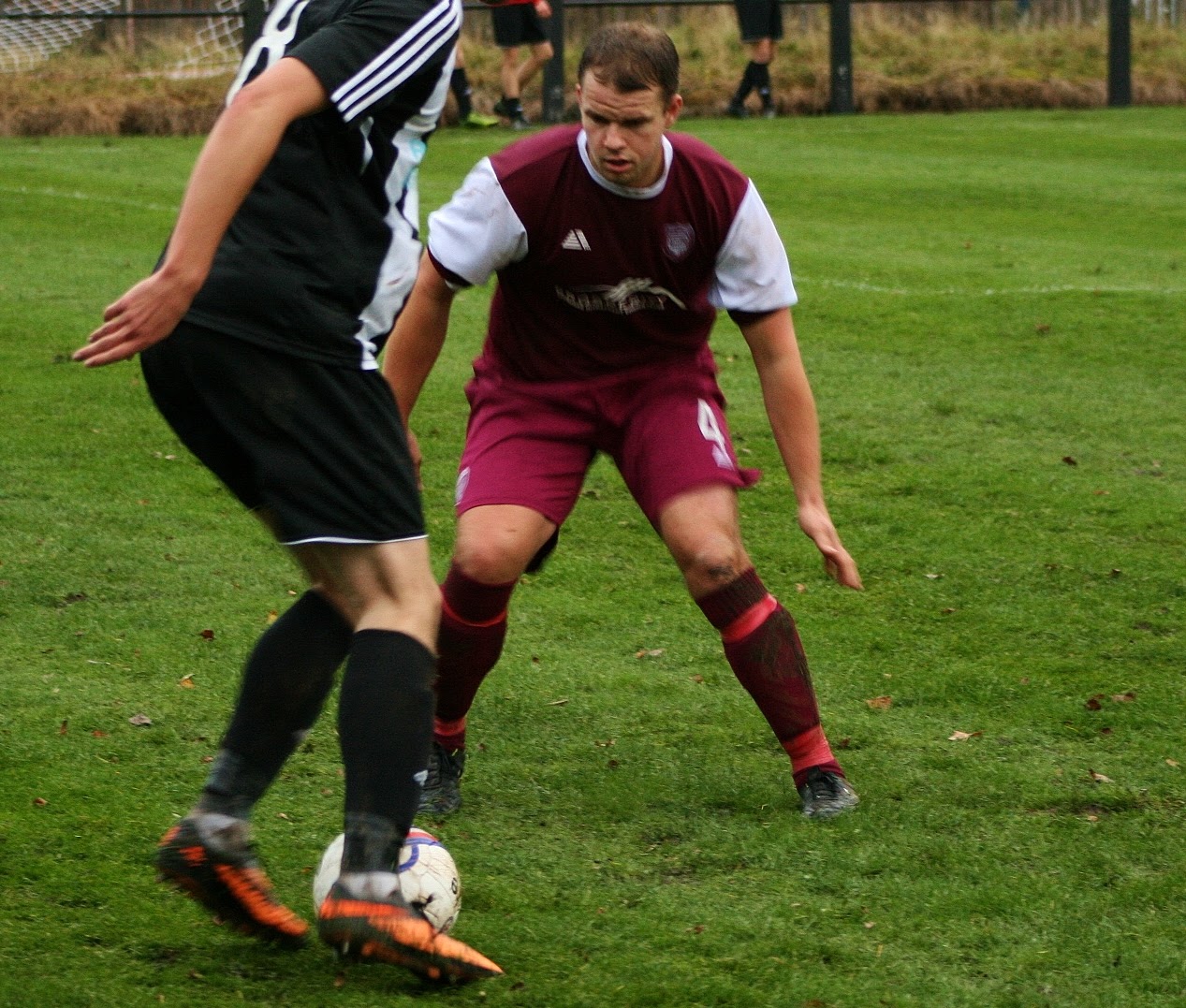 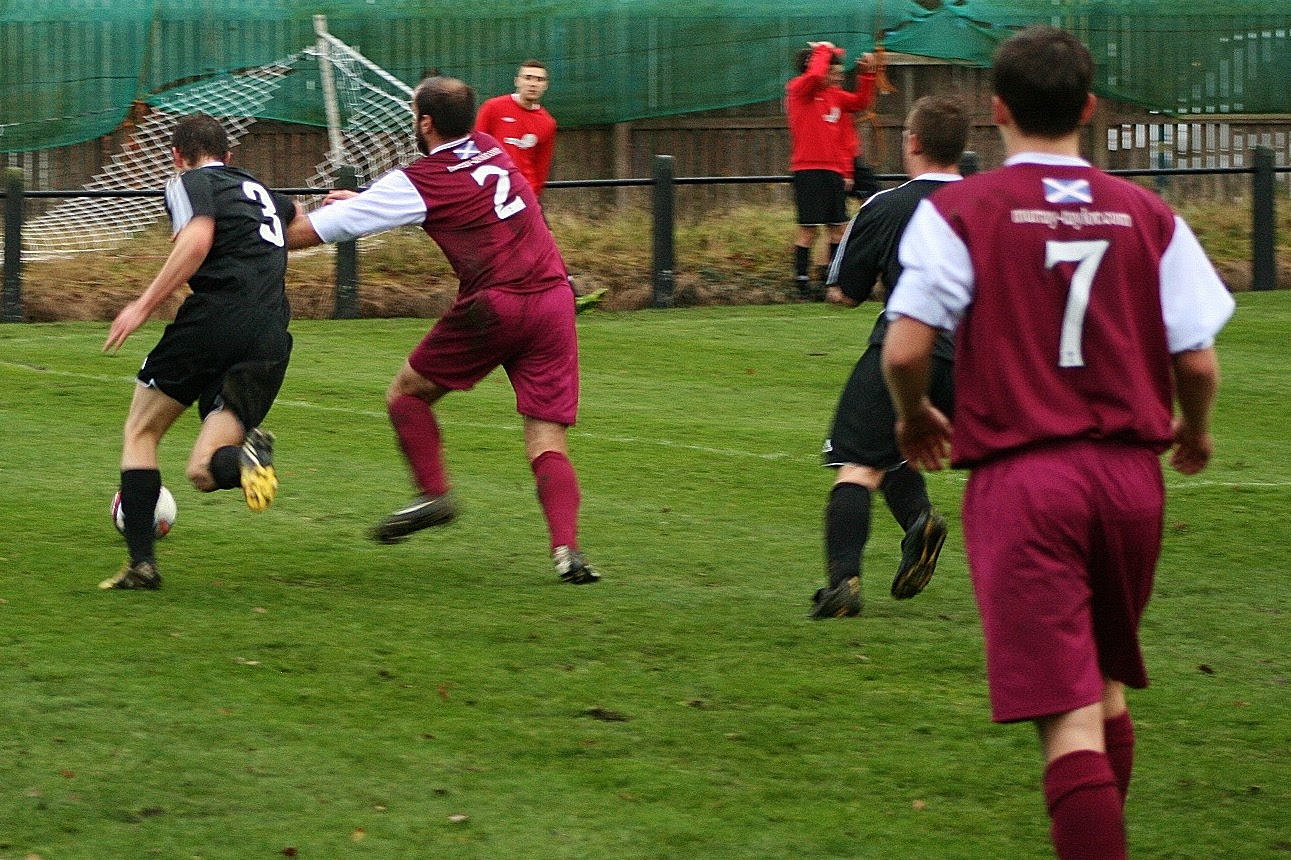 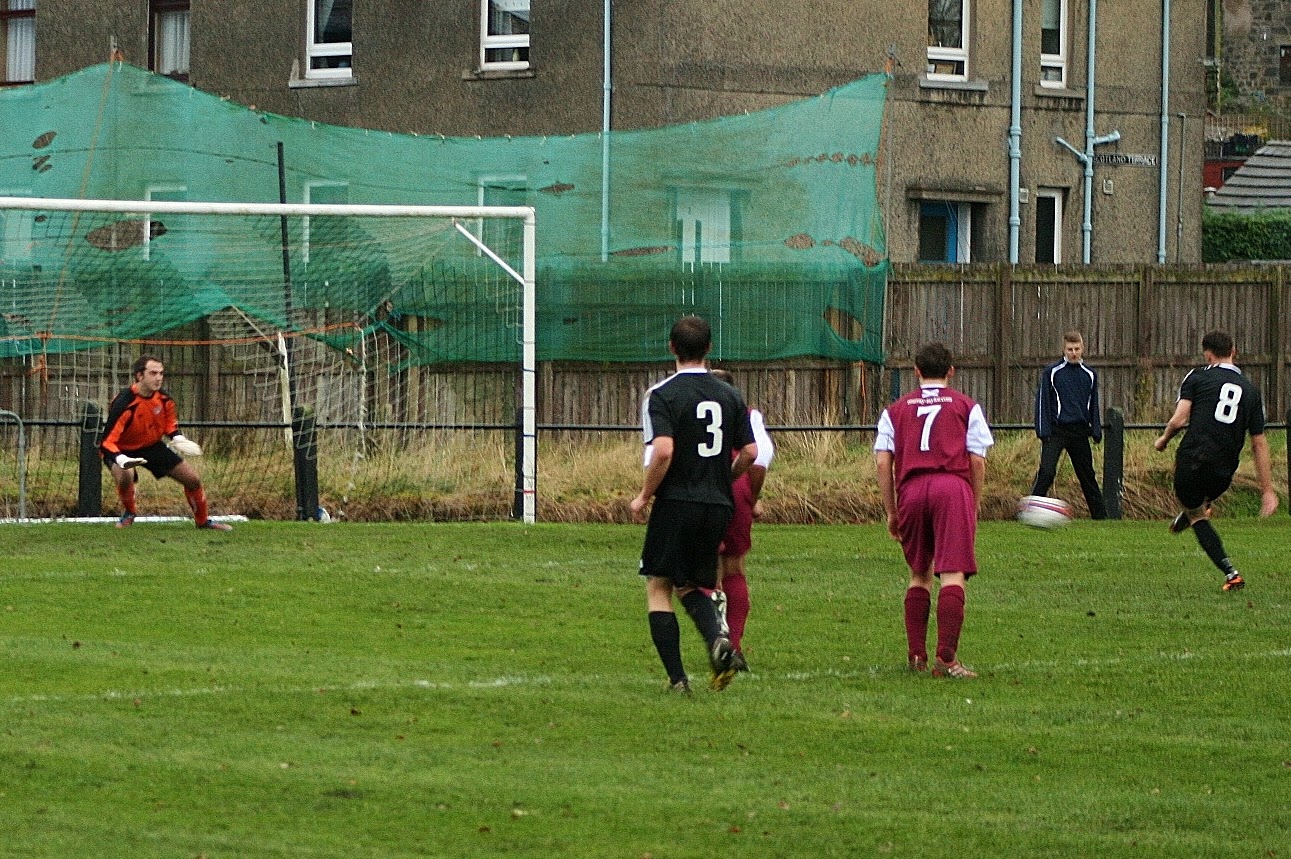 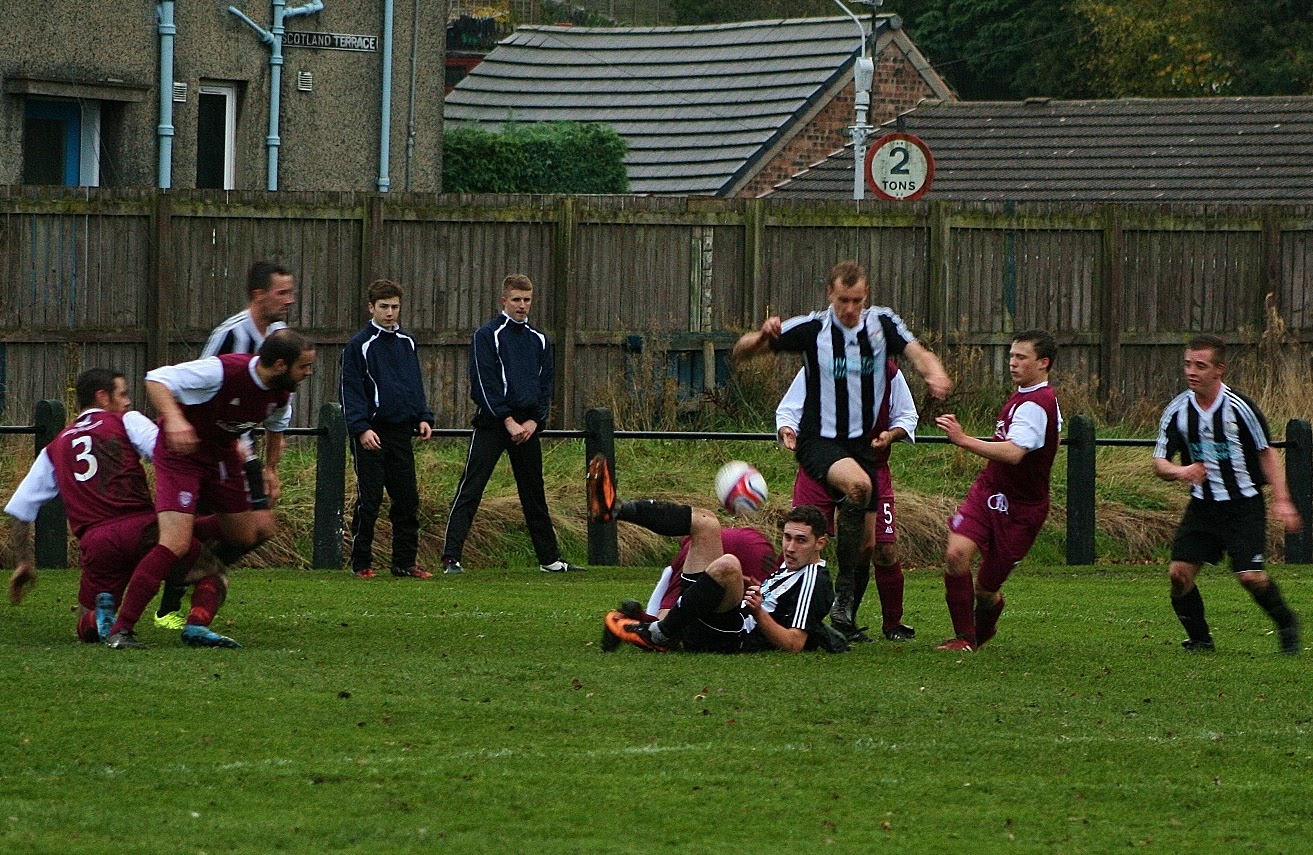 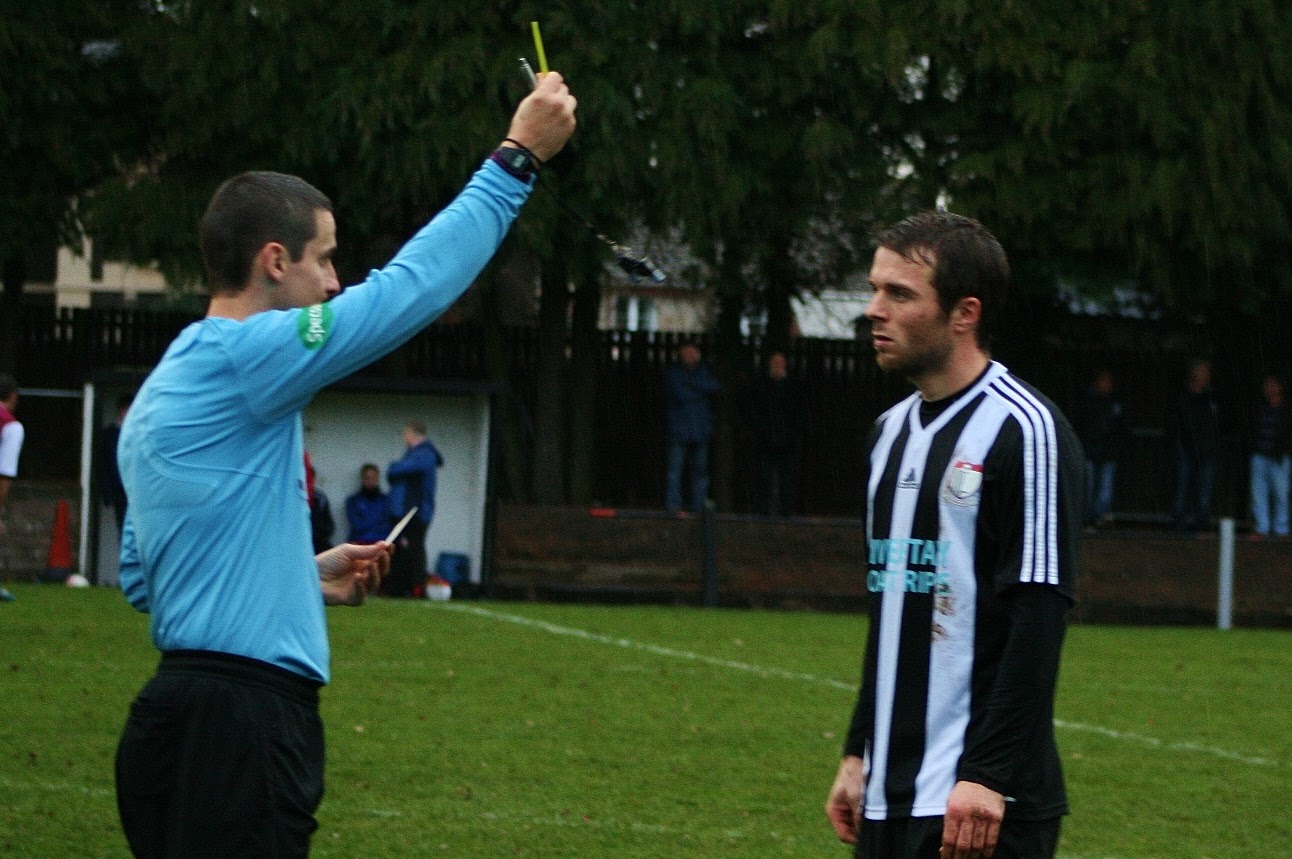 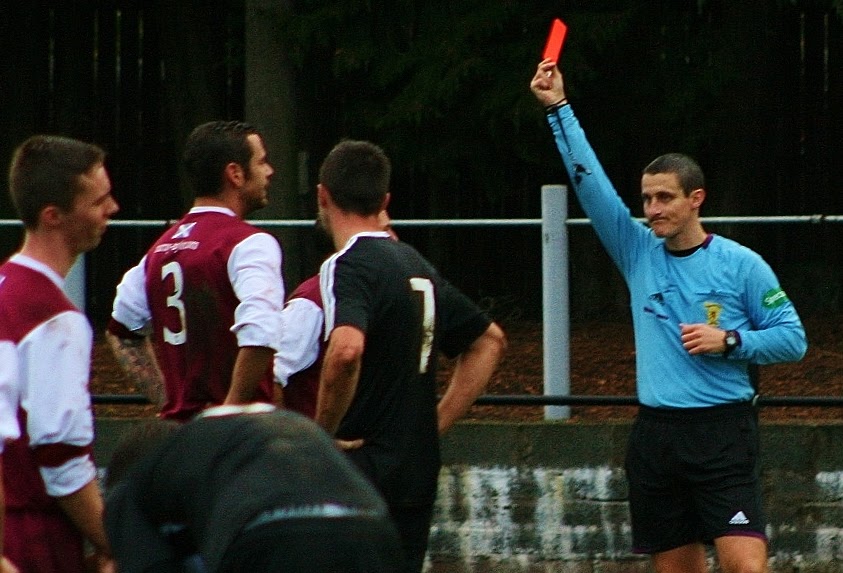 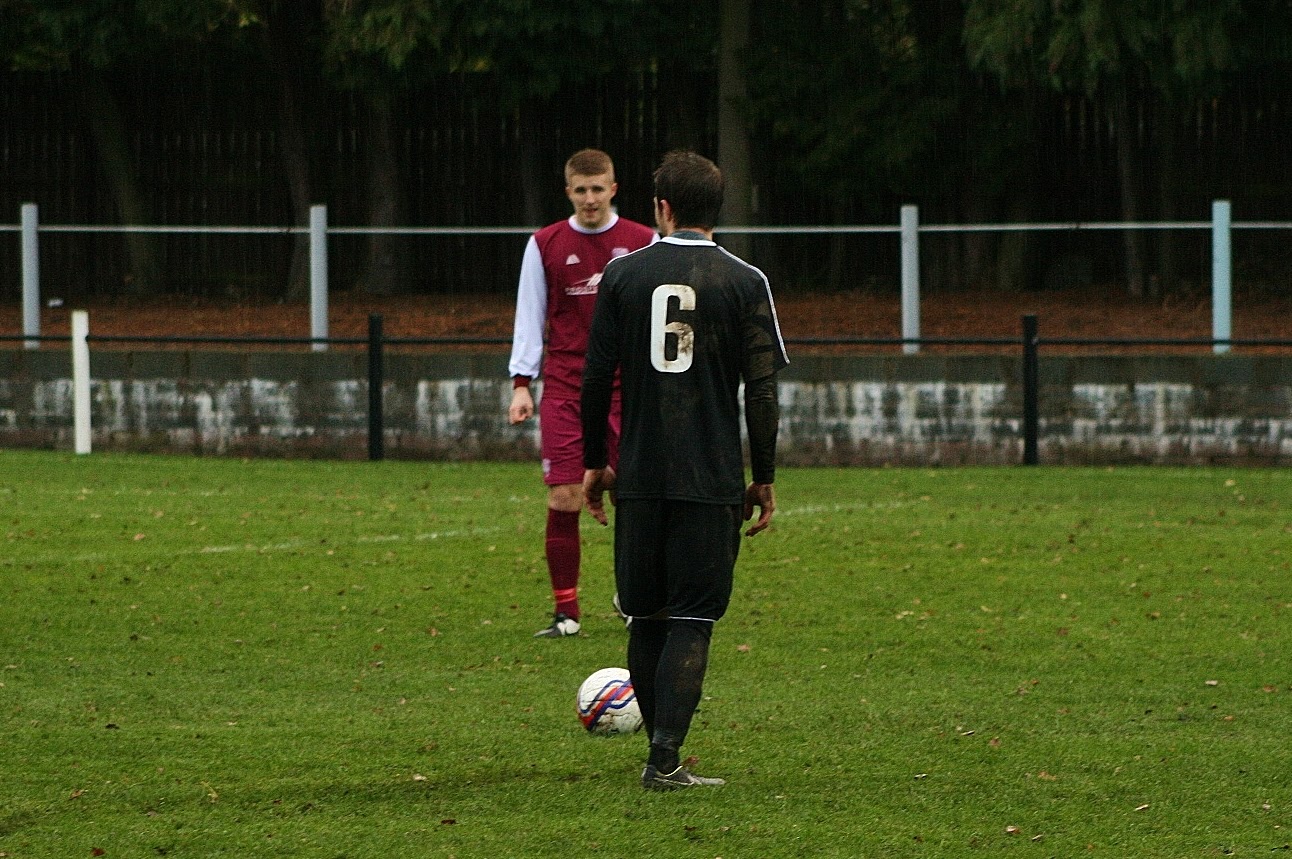 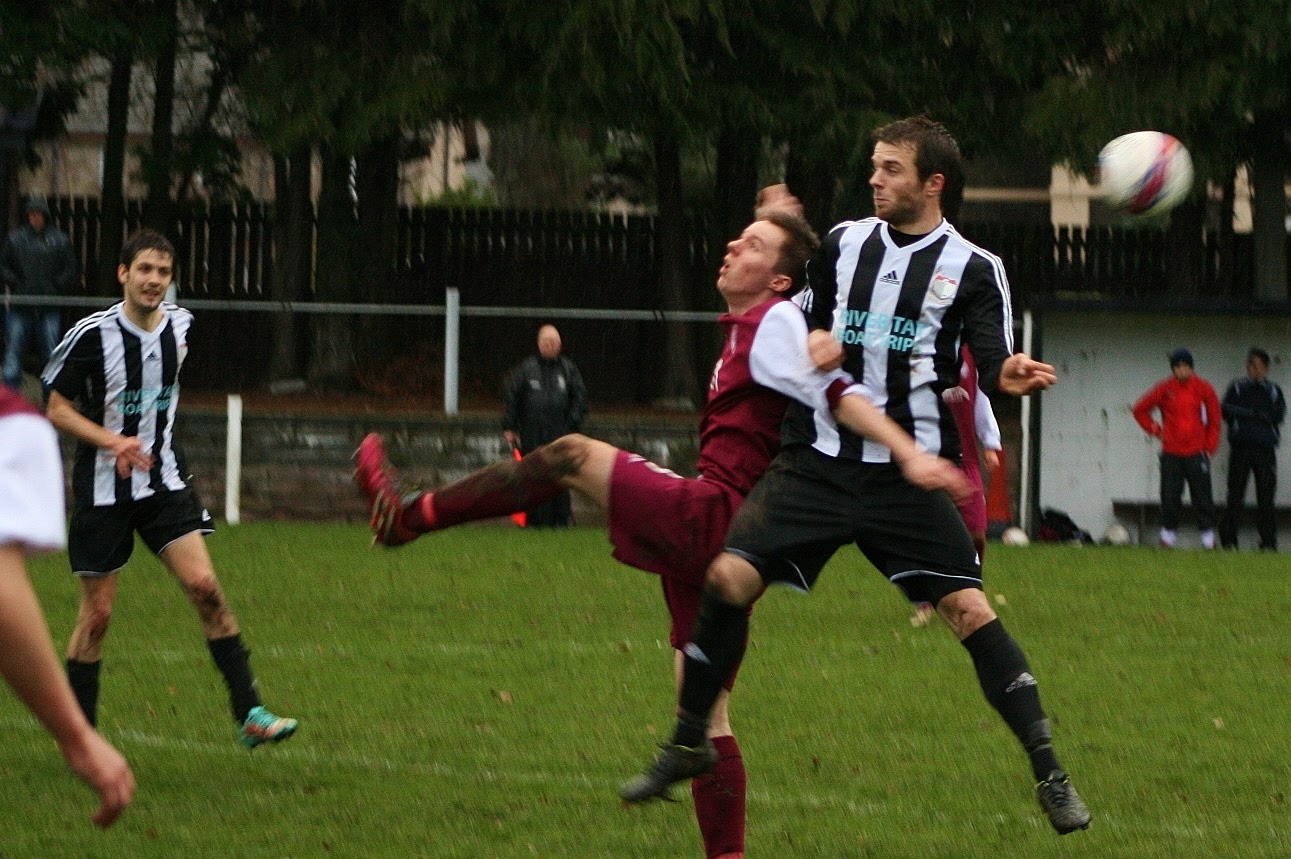 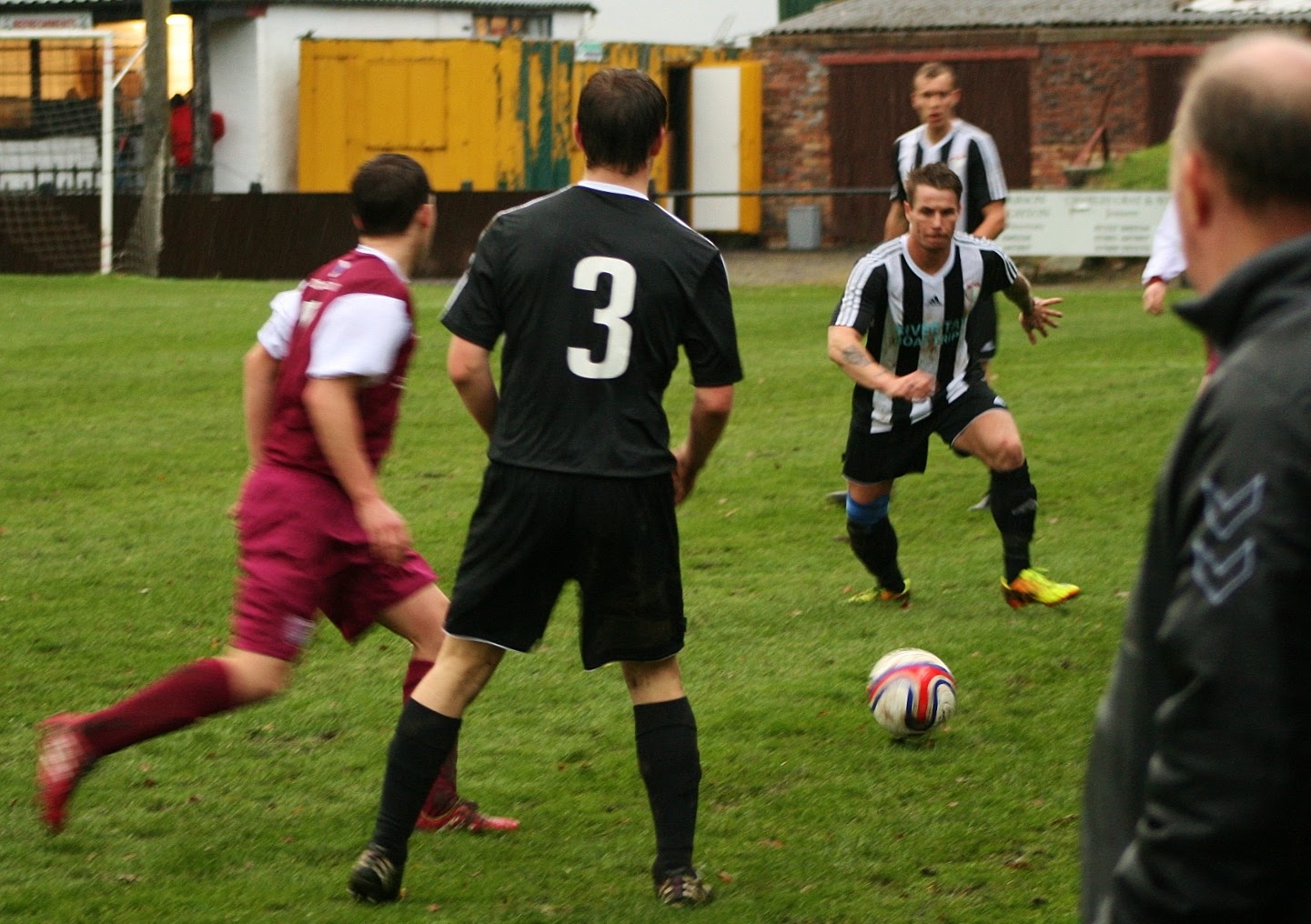 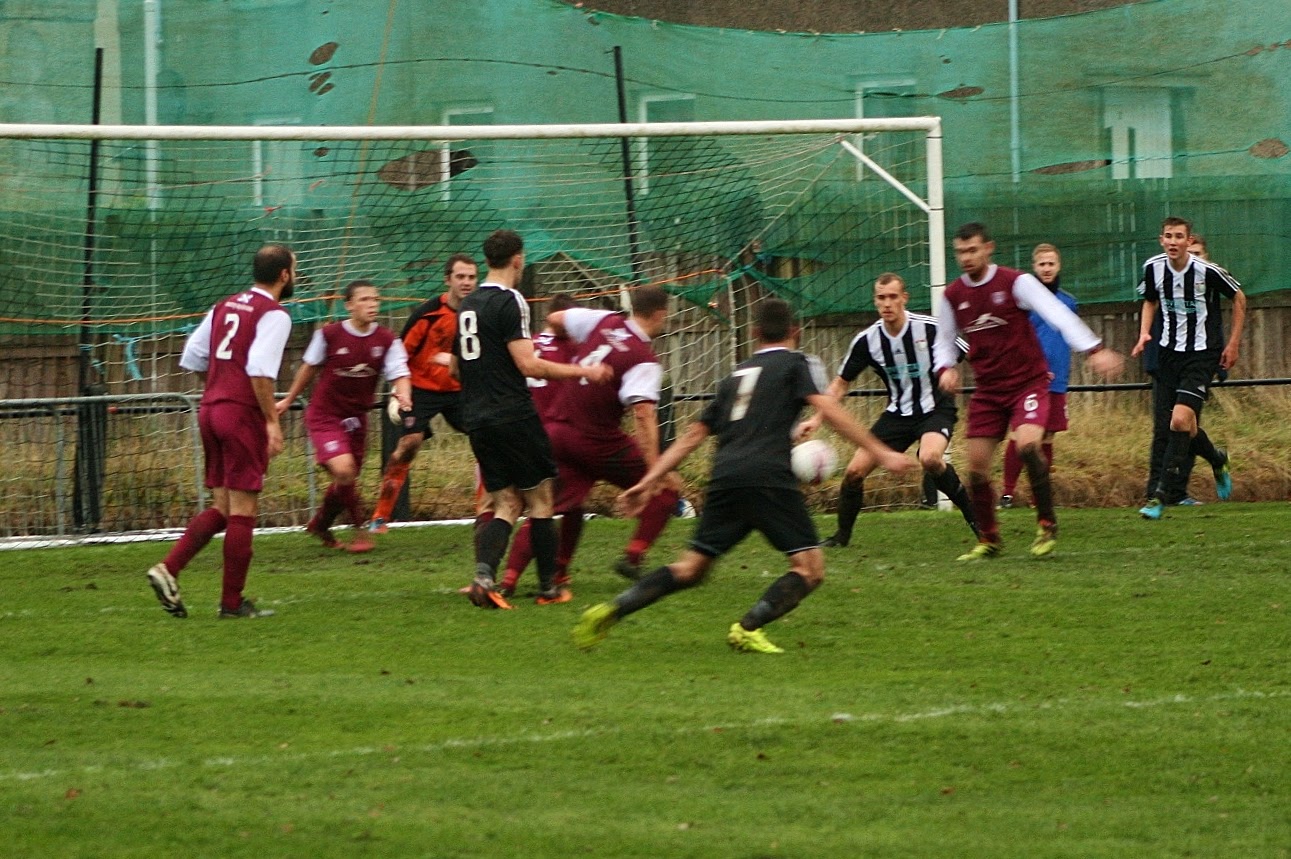 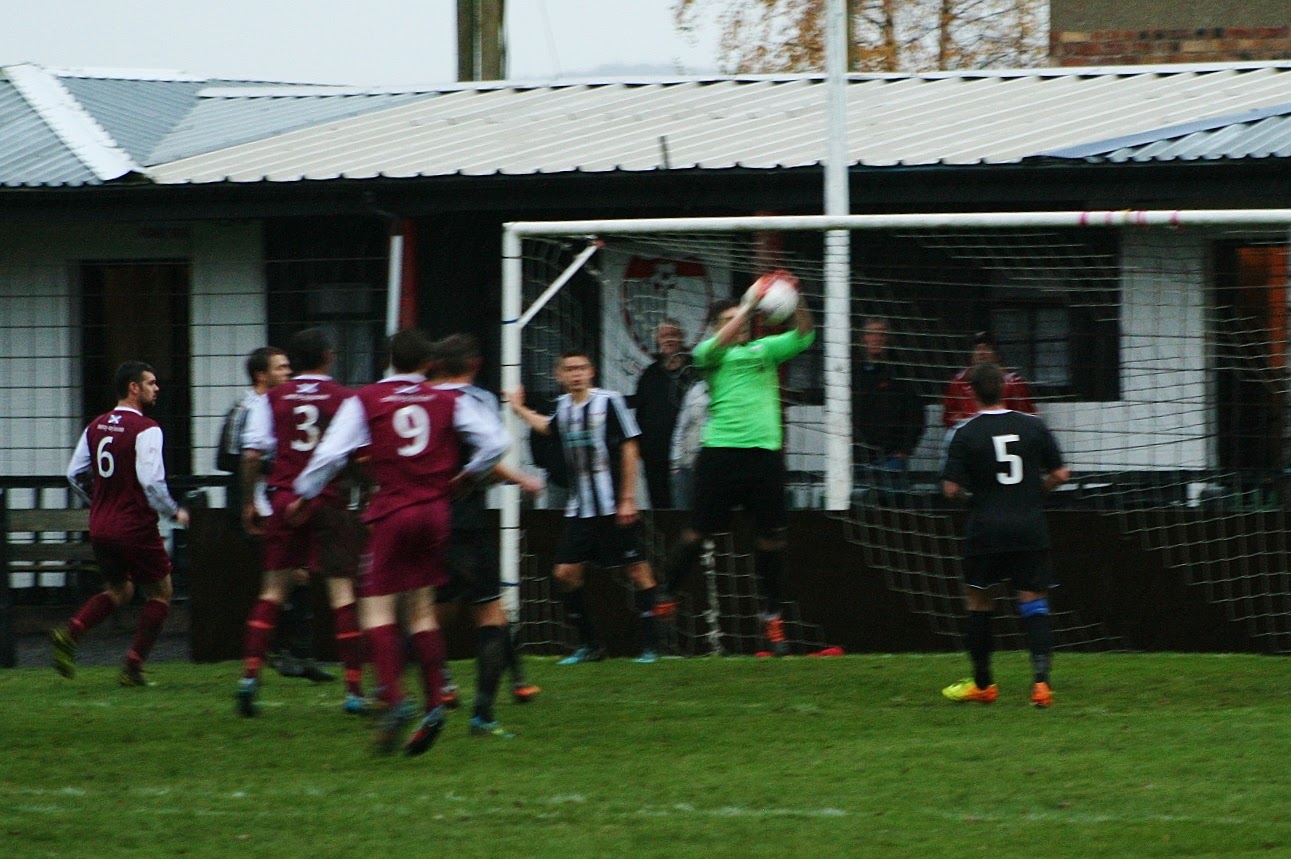 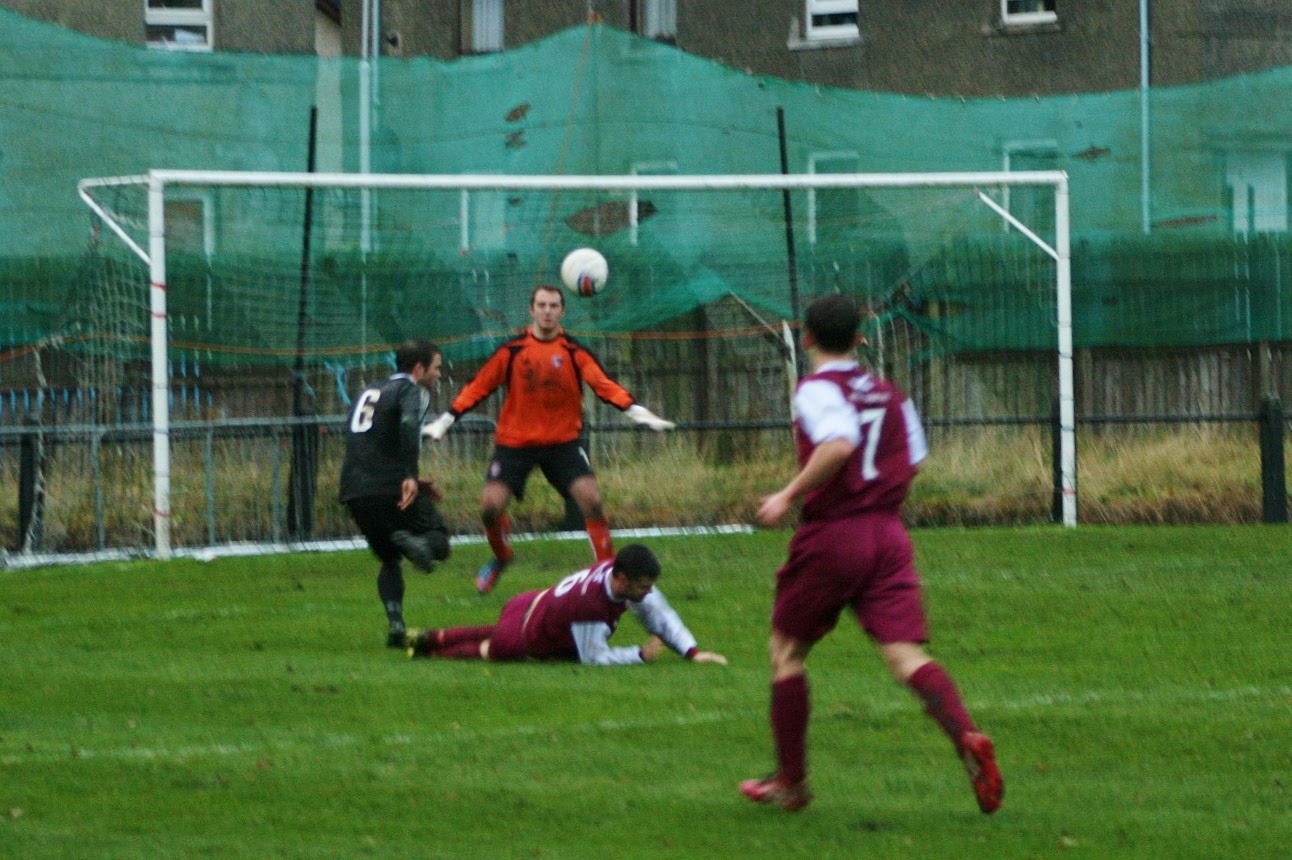 All scheduled football fixtures have been suspended by the governing body for the foreseeable future. We will endeavor to update everyone via our media channels as and when we receive more information.

As a result, the SPFL has announced the postponement of this weekend’s and following midweek’s fixtures, starting with tonight’s Premiership match between Motherwell and Aberdeen and the Championship match between Queen of the South and Ayr United.

The Scottish FA and SPFL will continue to liaise with governments and UEFA in relation to domestic, European and International fixtures in the coming days and more information will be communicated at the appropriate time.

The Scottish FA Board made its decision in the interests of the health and safety of players, match officials, staff, supporters and the general public.

Ian Maxwell, Scottish FA Chief Executive: “Since the guidance outlined by governments last night we have been engaged in extensive dialogue to clarify the position and implications of that guidance for Scottish football.

“Today’s announcement is made in the interests of public health but, equally, the health and safety of players, match officials, and staff across the game. This is of paramount importance as the country enters the ‘delay’ phase of the coronavirus pandemic.

“It is also why the Scottish FA is compelled to ensure that the suspension is cascaded through the non-professional and grassroots games until further notice.”

Neil Doncaster, SPFL chief executive, said: “As everyone knows, this is a fast-moving and unprecedented situation for the entire country.

“We have been in intensive and detailed discussions since last night and have also been taking on board the experience of our counterparts in England and across Europe. As a result, the board of the SPFL has agreed this morning that all league fixtures this weekend and next midweek will be postponed until further notice.

“The health and safety of fans, players and officials is absolutely paramount. We have not yet had any confirmed cases of Coronavirus amongst players in Scotland, but, given the nature of this outbreak, it seems only a matter of time.

“We realise that many people will be bitterly disappointed, and we would obviously prefer to be in a position where we can continue as normal, but that’s neither realistic nor possible.”

Newburgh
Newburgh travelled to Harthill Royal on Saturday in the 3rd round of the Thornton’s League cup. Newburgh faced a Super League side away for the second time in the competition having beaten Armadale Thistle in the previous round. Dell Newlands, signed midweek, was added to the starting line up with Harry Galloway out through suspension. Harthill’s groundsman had worked wonders getting the park playable but with tough underfoot conditions the game was never going to be interlaced with beautiful football.

Newburgh opened the scoring in the 18th minute from the penalty spot. A clumsy challenge on Scott Sutherland as he was about to shoot up ended the ‘Burgh striker. The referee was well positioned and blew without hesitation awarding Newburgh the spot kick. Sutherland stepped up and converted the kick to give Newburgh an early advantage.

The job was made more difficult for Harthill just after the re-start with the linesman signalling to the referee to attract his attention. The referee spoke with the linesman before issuing a straight red card to Thomson the Harthill goalkeeper for foul and abusive language. Newburgh pushed hard to extend their advantage, the second goal coming just after the half hour mark. A corner from the left by Aidan Edwards was half cleared by the home defence, the ball falling to Gordon Clark on the edge of the box. Clark struck a left foot shot that took a wicked deflection off a defender shin diverting the ball past the keeper into the net. Harthill could have grabbed a goal just after the re-start with Calum Sutherland being called upon to make a goal line stop as the home side pushed hard to establish a foot hold in the game. With the pitch becoming more and more difficult to play on the first half ended with Newburgh taking their two goal advantage into the dressing room.

The second half was a similar affair to the first with both team struggling to create any clear chances in the slippy conditions. Newburgh’s defence were holding a good line which Harthill were finding difficult to break down. Harthill were once again to suffer from ill-discipline. The home side were reduced to 9 men in the 56th minute with Johnston shown a red card for retaliation after being fouled. The third goal of the game came just past the hour with Aidan Edwards, whose driving play had been causing Harthill problems all game, picked up a pass in midfield from Ryan Kinnes. Edwards drove towards goal and slipped a nice pass into Scott Sutherland who found space to drive a shot across the Harthill keeper into the net establishing a three goal cushion. Jamie Gay replaced Dell Newlands who had played well in his first start for Newburgh. Harthill could have been excused if they had folded at this point but all credit to them they rallied and pushed hard to get themselves into the game. With twenty minutes remaining on the clock Johnston grabbed a goal for the home side when Newburgh’s defence failed to deal properly with a corner.

Spurred on by the goal Harthill took the game to Newburgh having gained some momentum. A second goal came in the 76th minute when some excellent play on the right by Barclay allowed space for the Harthill midfielder to score with a shot that was flashed across the Newburgh goal. Newburgh restarted the game knowing that they were going to have to take control of the game to stop the impetus of the Harthill attack. Jordan Annandale replaced Jack Hutchison in the ‘Burgh midfield as they looked to close out the game stopping the home side from gaining any further momentum.

As the game became further stretched it was Newburgh who looked the likelier to score and it was Scott Sutherland who grabbed his third and Newburgh’s fourth goal of the game in the closing minutes. A perfectly weighted ball from Gordon Clark over the Harthill back line was met by Sutherland whose pace allowed him to outstrip the home defence. With just the Harthill keeper to beat Sutherland took the ball around the keeper and slotted it into the empty net closing the game out in style for Newburgh. Newburgh manager Scott Hudson spoke after the game “We are on an excellent run of form at the moment and I said to the lads to go out and enjoy themselves which is exactly what they did. We were superb across the whole team today from front to back and I feel we fully deserved the win”. Newburgh are away from home once again this coming Saturday against Kirkcaldy & Dysart in the league. Kick-off is 2:30 at Alex Penman Park Kirkcaldy.

Newburgh committee today awarded Man of the Match to Scott Sutherland who bagged a hattrick in the Thornton’s League Cup match,

Newburgh play their next league fixture next weekend when we visit Kirkcaldy & Dysart’s Alex Penman Park.

We look forward to welcoming Kirkcaldy & Dysart to East Shore Park soon in one of our final two fixtures of our league season.

Newburgh travel over the River Forth on Saturday to face Harthill Royal in the 3rd round of the Thornton’s Property League Cup.

Newburgh turned in one of their best performances of the season defeating Armadale Thistle in the previous round and a similar performance will be required if they are to progress further in the competition.